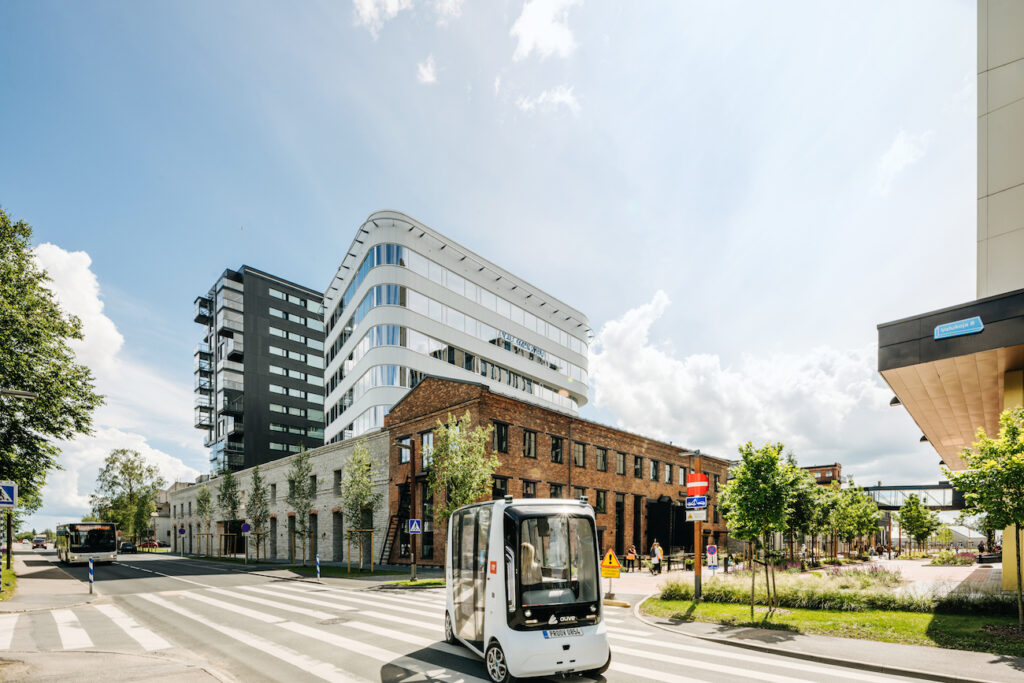 Jenni Partanen. Smart Urban Future – How to Plan for Uncertainty?

Jenni Partanen, the Future City Professor at TalTech, discusses the challenges in planning a smart city and introduces her research plans, using Ülemiste City in Tallinn as an example.

Our research question concerning the Ülemiste area revisits an age-old issue in urban planning: how to build a viable, high-quality urban environment? In the context of technology-mediated ‘smart’ cities of the future, this actually becomes a drastic new challenge. First, in the future city, we will be seeing a constant stream of innovations. Second, these innovations are generated by the diversity, encounters and constant flows of people. Third, the city is not uniform, but consists of certain dynamic, self-organising enclaves of innovation that can play a role regionally or even globally. This highlights a series of open questions. What will the encounters be like in the digital era? Which urban theories still apply? Where are these diverse enclaves and how to discover them? And so forth.

A city’s capacity for renewal is founded on actor-based, economic and social processes whose very basic spatial manifestations are currently being challenged by digitalisation. The practical question regarding the Ülemiste area is how to encourage and guide these processes in this new situation so as to generate a high-quality urban environment.

It is increasingly understood that the traffic system—like the city in general—is a complex adaptive system: interactions of individual agents can lead to surprising patterns of behaviour on the higher level. For example, a single car changing lanes on a busy road could cause the drivers behind it to break, thus leading to a chain reaction and something that on the higher level appears as a traffic jam. Observing only the overall system, the drastic causality between the behaviour of single individuals and system’s dynamics goes unnoticed. Given that aggregate-level models aim to anticipate (rare) linear properties of the overall system, they fail to simulate such cumulative, nonlinear and trans-scalar impacts arising from local-level dynamics. Hence, we need methods that are capable of computing the system’s behaviour from bottom up, based on the interactions of agents. Such a tool is provided by so-called microsimulation.

Our aim in the Ülemiste area is to build a model that would enable to explore the surprising changes that emerge from local-scale decisions of drivers, and interactions on the higher scale of the urban mobility system. From metabolic thinking, it follows that smooth flows of people and goods play a key role in the preferable dynamics of the city. The simulation model that we propose is based on the dispersed decision-making of individual actors, and estimates the emergent impacts of traffic mode distribution and road network topology to traffic flow. The model operates with the street network of Tallinn and applies real data from people’s movements. The rules of the simulation are drawn from the regularities in this real-world data and system’s behaviour, using machine learning. With such a model at hand, we can experiment how a given change (e.g., adding a connection, new route, or closing an existing one) would affect the traffic flow, congestion or ETA. Additionally, and more importantly, it would enable to study the impact of transportation mode selection on the smoothness of the flows, if we added the data on buses, bikes, electronic scooters, autonomous vehicles or some other hypothetical future modes.

It is assumed that when such a model is run exhaustively, with all possible input values, certain thresholds (i.e., sudden changes in the dynamics) would emerge in response to certain input values. For example, the input values could consist in the percentages of users of different traffic modes. Different dynamics would then indicate smooth flows, periodic congestion or completely stochastic jams. These phenomena would be impossible to study with any other method. The model would presumably provide knowledge of how local changes impact the overall system. The tool could be applied in the delivery business for service design, and in urban and traffic planning for estimating the capacity of the network, impact of new large-scale development projects (e.g., transit hubs or large buildings), and role of travel mode selection in congestion and smooth mobility.

Similarly to the traffic system, the overall urban system—which includes economic behaviour, social networks, (sub)cultures and other phenomena—is very complex. The activity nodes and their dynamics emerge from the decisions of firms, individuals and institutions, each of whom is looking for the best location to conduct their (business) activities. Hence, the configuration of activities and users that is preferable from the perspective of urban viability cannot be forced from top down, but actors must be attracted to it, and therefore, the factors that attract them need to be better understood. A new startup producing a new type of foldable biking helmet would benefit from moving next to a shop selling biking gear; a firm developing VR-systems for the building industry would benefit from having an AI or real estate developer in the vicinity to collaborate with—and everyone would benefit from good accessibility, diversity, flexible governance and vivid, interesting surroundings. Such actor-based processes occur from bottom up.

Thus, we need to begin by studying how spatial and activity patterns emerge, using advanced spatial data analytics tools. Our aim is to understand the spatial logic of activity and service nodes, and anticipate the directions in which they might be changing. Second, we need to study the general methods for vitalising and diversifiying cities, and adapt them to smart cities and the local conditions in Tallinn.

The extensive spatial analyses will explore different activity clusters and their evolution in relation to the mobility network, diversity level, profiles and variables such as socio-economic census data, mobility data and built structure. The activity analysis is also linked to the previously mentioned traffic network analysis. Traffic network characteristics are studied in connection with the nodes: do certain characteristics correlate with the evolution of activity nodes with a certain profile, and which of them should be promoted? Furthermore, we will explore urban theory for factors that would facilitate viable areas and reflect on their applicability in the envisioned smart cities and in the context of Tallinn. We can then create a new set of indicators, build tools to identify potential areas for scrutinisation, and apply the indicators to these case areas. Using the data on people’s mobility, we triangulate the results—assuming that flows generate action, we observe the actual use of such areas. We look at how the level of diversity that promotes encounters and knowledge dissemination relates to other viability indicators, and consider it in the paradigm of future smart cities. Finally, based on the results, planning methods, tactical interventions, policies, and other practical tools are proposed and trialed.

In this study of urban actor dynamics, urban economics plays a key role. The term refers to a city-wide ecosystem of economic actors—firms, corporations and institutions—whose interlinked operation is crucial for the continuity of the urban system. Urban economic systems can also be very complex—myriads of actors make decisions with a highly unpredictable cumulative impact and resulting spatial patterns and networks. Nevertheless, it is important to encourage their activities for the sake of urban viability. We need to understand the factors and facilities that attract key ‘talents’, and how to support their activities in the city or in a certain urban enclave.

Urban economic actors have so far followed the principles of agglomeration economics—i.e., they have gravitated to similar companies for cooperation and competition, and benefitted from diverse urbanity, both on the district and city scale. Geographic proximity has been essential. In smart cities, however, this theory faces the challenge of a ‘shrinking’ time-space due to virtuality and automatisation. The key economic actors in a smart city are likely to have different location preferences than agglomeration economics would suggest, given their new kinds of networks and social ties. Therefore, our aim is to understand what drives their decisions, and the implicit impact of the smartification of cities.

First, we will explore the essential characteristics of emerging industries that generate smart cities, and the concept of new work—new ways of working remotely or in multiple locations, and a changing understanding of what it means to work. Second, we will study the logic of how central actors choose their location, starting with a case study of Ülemiste City. Using both qualitative and quantitative methods, the findings are then compared to gain a more complete knowledge of the phenomenon. Finally, we will explore potential methods of attracting key actors and suggest policies, plans, strategies and tactical interventions. In sum, we expect this research to produce new knowledge of the presumably changing logic of urban economics, and also practical data on the perspective of actual actors, which could be applied in city planning and governing so as to promote a well-functioning smart urban economy of the future.

Given that the sub-projects described above will be carried out in concert and in a tightly collaborative manner, this transdisciplinary study will provide broad, multi-perspectival knowledge on how a digitalising city operates, and a wider perspective on the future city that helps to understand urban dynamics and potential tools for guiding it. Both the sub-results—simulations, indicators of viable districts and features attractive to actors—and general results about the overall dynamics of these interlinked systems are directly applicable in city planning and management, policy and decision making, and urban development.

JENNI PARTANEN is a professor of urban studies at the TalTech Academy of Architecture and Urban Studies. She works in the Future City project developing methods and tools for analysing and guiding smart cities. Her research interests are in self-organising urban processes and planning methods for controlling the resulting urban complexity.

Photo on the top: Tõnu Tunnel