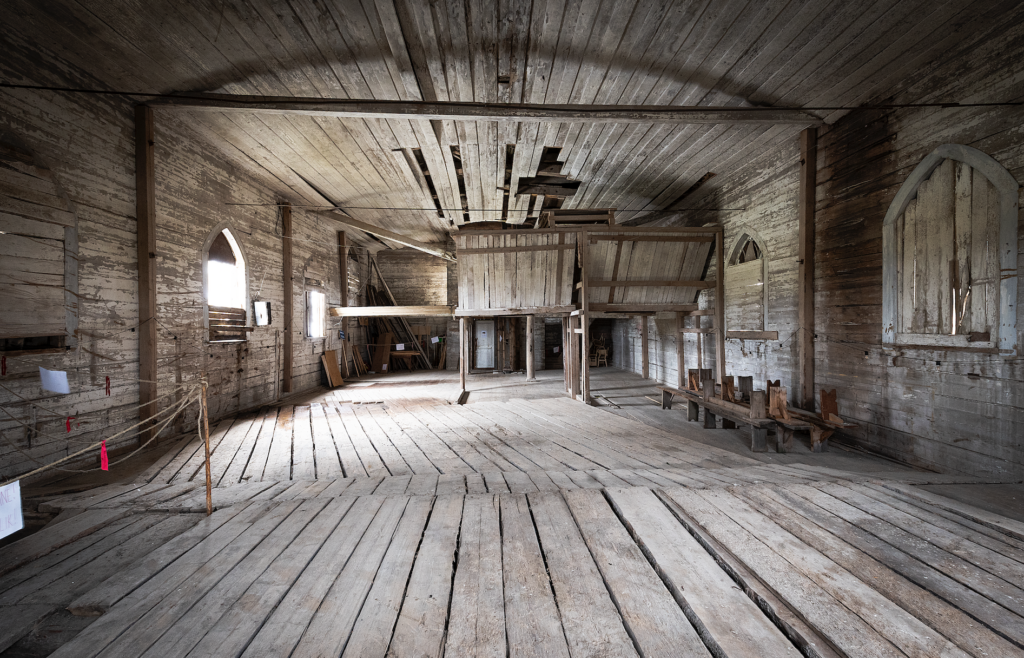 1766: It is decided to build a wooden church on the wooded hill near Tudulinna village with 250 inhabitants out of the logs felled on site.

1864: There are 700 inhabitants in Tudulinna. The church is extended.

1895: A Dutch-style windmill is built on the hillfort.

1939: The congregation has split and the more rebellious members build their own church only 150 metres from the old church. As a sign of protest, the tower is set on the other side of the church.

1947: The old church is closed and soon turned into a gristmill.

1970s: The windmill loses its wings, also the electricity-powered work is discontinued.

2017: NGO Tudulinna Kultuurikants is established, the old church is cleaned up.

2019: The restoration project for the old church is completed.

The reconstruction of buildings under heritage protection and providing them with new content is one way to make a small borough known and alive again.

My story with Tudulinna begins in late 1980s on a bus rocking on the bends of a dusty gravel road. For a moment, a slender stone church, plywood grain dryer and the walls of crumbling plaster flash past the dusty window. According to my grandmother, the latter building used to be a church. During the collective farm days, the tower had been taken down and the building turned into a storage. Our relative uncle Juhannes used to have a large farm and a windmill in the “town”.

Over the years, Tudulinna kept getting more and more on my way to the country. After the workshop on the revival of Rapla KEK building with the Dutch group Failed Architecture during the Tallinn Architecture Biennale in 2013, there has been increased interest in recreating and conceptualising forgotten heritage buildings. It just so happened that the daughter of the self-same uncle Juhannes Heljo Tatsi was looking for someone to help to retain the wooden windmill across the road from the two churches of Tudulinna. She had already managed to renew the shingle roof of the Dutch-type wooden windmill that was part of their farmstead and taken under heritage protection at the beginning of the century as a well-preserved windmill quite unique to East Estonia.

If in Rapla, the octagonal KEK building designed by Toomas Rein was more or less in the town centre and gradually fell into oblivion during the independent years, then the old church and windmill in Tudulinna tended to remain as invisible industrial buildings despite their central location on either side of Peipsi-Rakvere road as the windmill lacked wings and the old church a tower. To me, the given border area next to the former hillfort with its three monuments represented the hub of (construction) history with the old church and windmill standing as the most important symbolic buildings of the past few hundred years. The new church completed in 1939 takes the passers-by immediately to the Functionalist apartment buildings and villas in Tallinn as soon as they hear the name of the architect Eugen Sacharias responsible for the buildings along the main streets in the capital. That’s why I thought that taking care of Tudulinna windmill was a good opportunity to revive a small corner in an Estonian borough to give voice to the history of Alutaguse area in a wider context.

The discussions of the future of Estonian towns and small boroughs at the moment focus on dignified shrinking as there is little hope for growth. The Estonian exposition at the Venice Architecture Biennale in 2020 explores the future of small boroughs. One of the curators of the Estonian exposition, Valga town architect Jiri Tintera claims in the urbanists’ review U as follows, “When planning for [..] future, one has to learn how to adapt to the effects of population decline, and this means accepting the phenomenon of decline. /../It is easy to become bitter and this does not help with adapting to the new situation.”  According to him, people in Valga still remember how the town flourished 30 years ago and they are increasingly disappointed in its decline in the past years as there has been nothing to be happy about or proud of.

KAUR SARV is a graduate of Urban Studies of EAA who has worked on the issues of repurposing architectural monuments at Linnalabor. He managed the windmill of Tudulinna in 2015-2019. 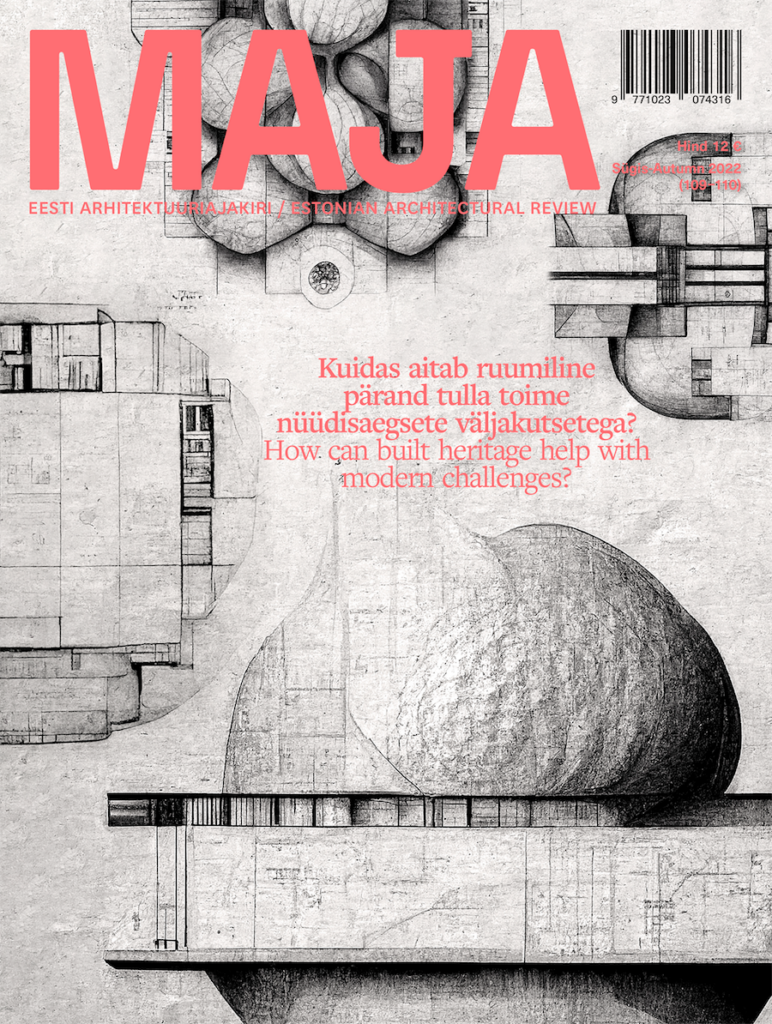 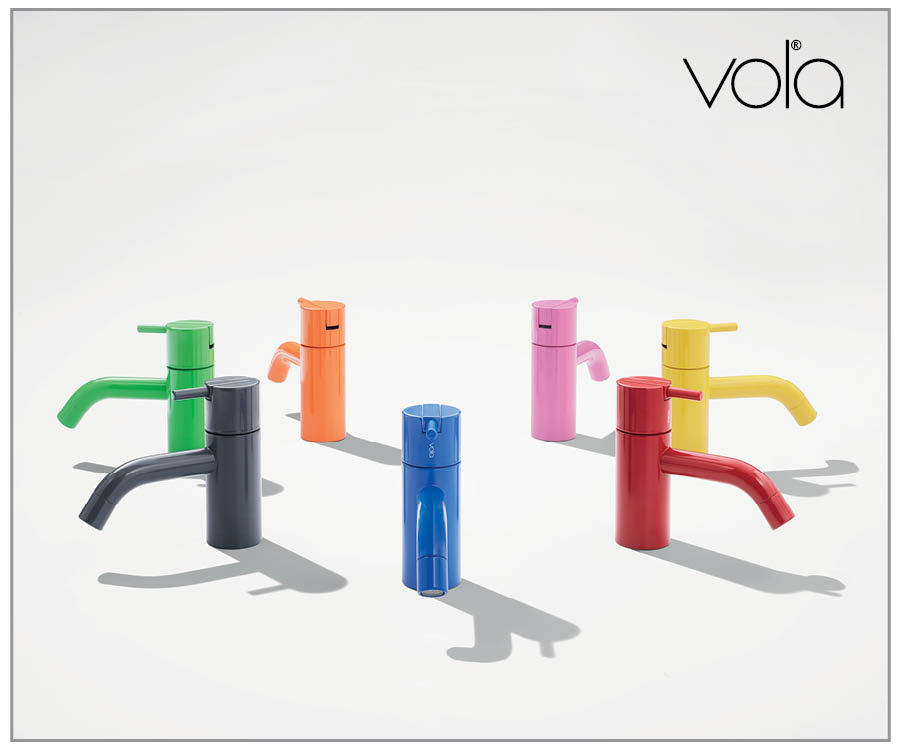 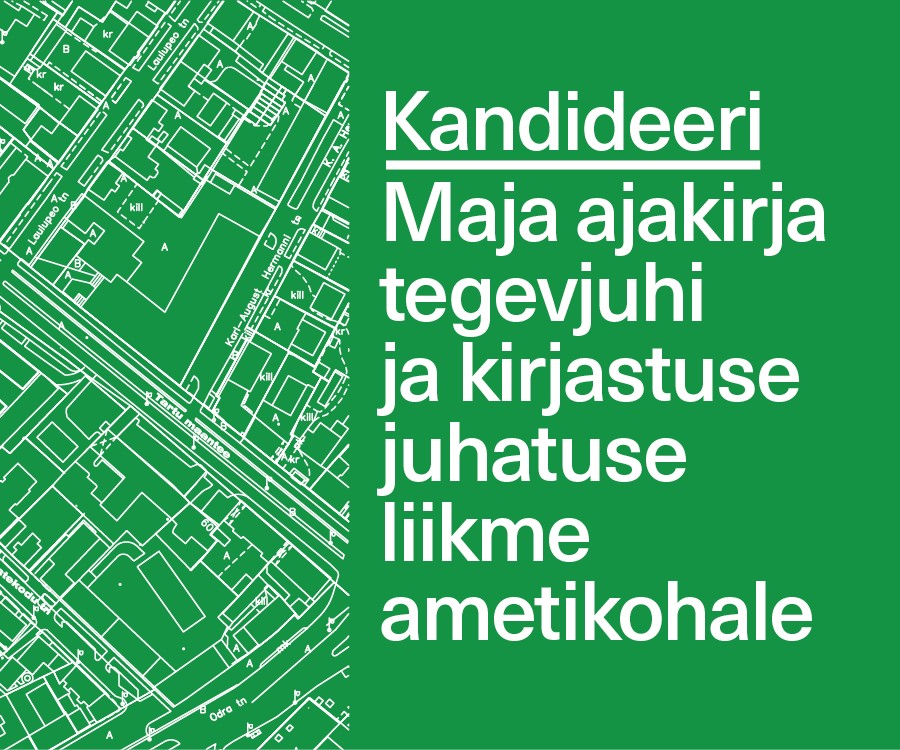 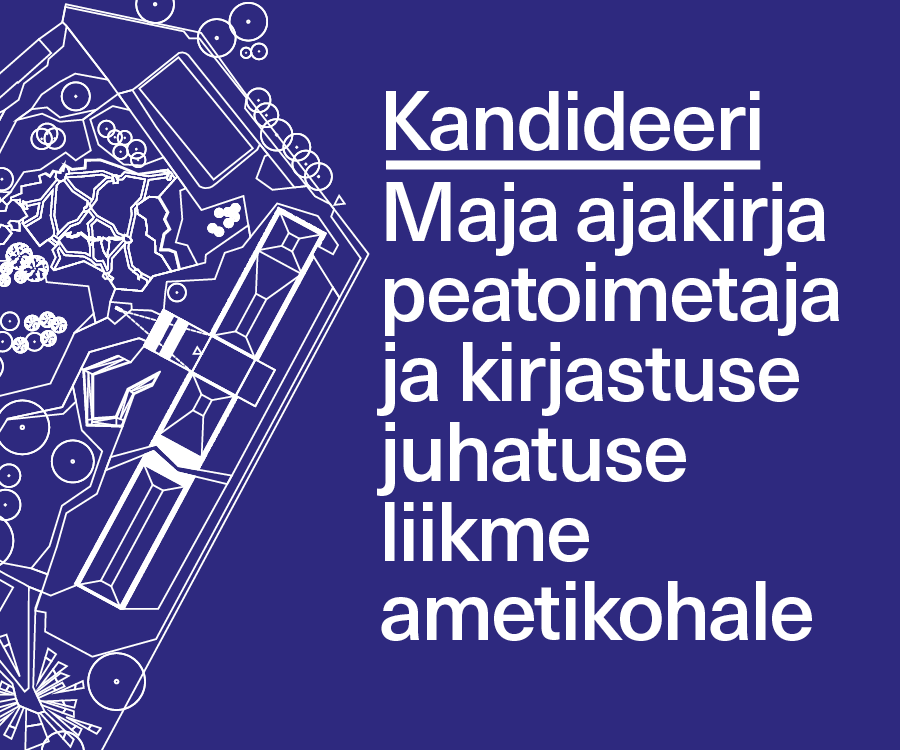