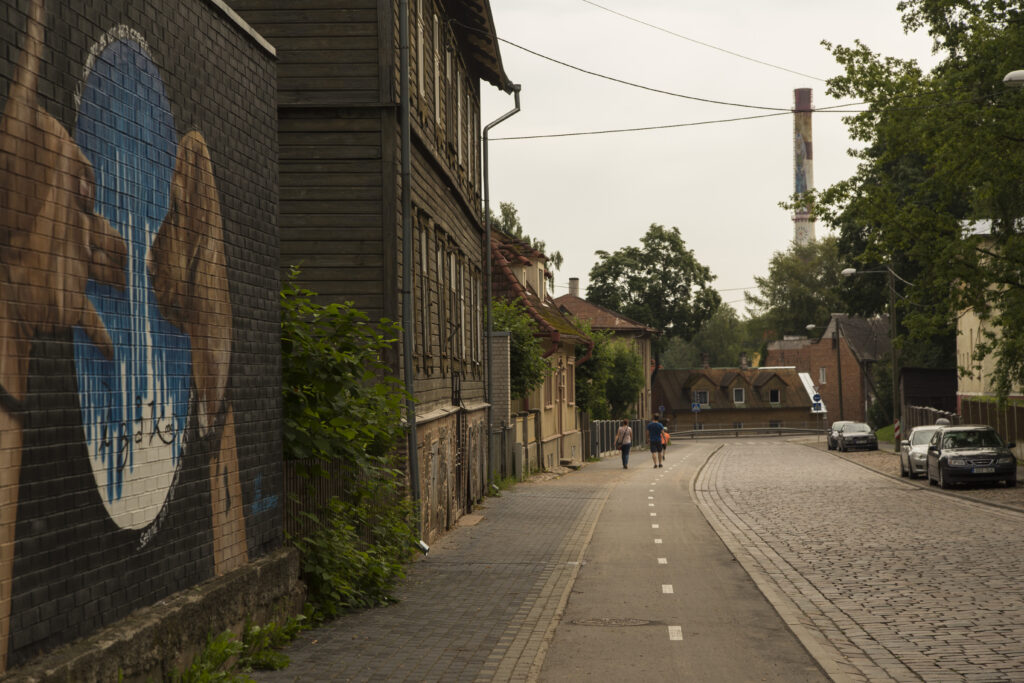 Tõnis Arjus. Tartu: an ever more exacting city. A Change in Thinking

This train of thought dates back to 2012, to a time when society had reached a state of post-economic stagnation – the economy had recovered, yet the way of thinking was still the same, warding off anything that seemed excessive and enduring only that which was necessary. Projects that didn’t deal with potholes and crumbling schools and kindergartens remained beneath the budget line. Parts of the projects that offered additional value were also left out of the budget.

At such a moment it was not easy to aim for a better public space and more human-friendly and diverse street space. Creating an aesthetic city space and a functioning whole was an even more elusive task. It was difficult to explain to the mayor back then what I meant by social space. This combination of words probably gave him a different kind of idea, since the Social Democrats were still in opposition back then. And because all of these ideas were from the point of view of those who actually use urban space (in other words those who don’t use cars), many thought they would inhibit progress.

Now we find ourselves in a completely different situation. Citizens dispute the designs of the main streets passing through the city and the projects of multi-dimensional bridges with large downward turns, demanding that more attention be paid to small children, greenery and benches while putting together designs. The city government listens to them, makes these ideas a reality and, moreover, establishes kilometres of new bike lanes, involves (landscape) architects in designing the streets to ensure a variety of functioning solutions, creates new opportunities to spend time in a public space and supports the active use of urban space in every possible way.

Such a change in thinking has come about in a few short years and is still under development. These processes and the development of dialogue have been complicated for everyone, sometimes even painful. Every new project requires undivided attention until the last moment, because the culture that people are seeking is still developing. Even if a project is thought through to the smallest detail, the builder can still install a button for the visually impaired a metre too far away, creating an easy and very dangerous opportunity for some people to step from the pavement straight into the path of cars. The reason is not that anyone is malicious, but simple ignorance of why these buttons are necessary.

From Vaksali Square to connecting districts

2012 became the touchstone in changing the way of thinking with the design of Vaksali Square in front of the railway station. This is an important gateway when arriving in Tartu, but visitors who step out of Elron’s “carrot” see a characterless square of asphalt. Together with Kino landscape architects and traffic engineer Sulev Sannik, we aimed to create a square worthy of the renovated railway station that would form part of Tartu’s public space structure and take the small nearby park as a model. Five years later, thanks to a state-commissioned measure to improve the accessibility of railways, the new square is being built and will be completed by the end of this year. While the design might not be astonishing, but rather natural and necessary, a few years ago when the idea was first put on the table the discussions sometimes became quite heated. Some people claimed that additional parking spaces were required and proposals ranged from parking stations to tunnels and even main roads. Unexpectedly, even this year after years of discussion, budgeting and gaining the state’s support, a reputable representative asked “What are you doing? A lot of money seems to be being thrown at this beauty”, referring to the flowerbeds that are planned for the square.

The new design of Vaksali Square forms part of a wider goal of improving the links between districts for pedestrians and cyclists. As a whole, the light traffic link will be established from the Old Town along Vanemuise Street up to Vaksali Street, then cross the overpass at Riia Street up to the university buildings and the clinic at Maarjamõisa. There is a problematic railroad overpass on Riia Street which is currently quite difficult for pedestrians and cyclists to cross. At first, it was decided to find a solution to the pedestrian bridge that crosses Riia Street and to making the crossing wider via the usual design procurement. It soon became evident that this way the city would gain a practical and technically proper solution, but that it would not produce any new (spatial) value. Therefore, we decided to organise an architectural competition – which was won by Sille Pihlak and Siim Tuksam with a comprehensive design.

Work with the street space

The design process of the Riia Street bridge and tunnel was a useful lesson and showed that in the current situation where citizens are becoming more demanding, it is important to find new solutions to infrastructure changes through high-quality procurements and architectural competitions and with the cooperation of (landscape) architects, designers and engineers. Thus, the City of Tartu has reached an important point in the last year, agreeing that in every thorough reconstruction of a street, an architect or landscape architect must be involved from beginning to end.

The new Vanemuise Street project is being prepared with this kind of cooperation, where the road designer Roadplan, landscape architect Artes Terrae and traffic engineer Sulev Sannik will develop a complete aesthetic and functional solution. The main goal of the project is to create an artery similar to Roosi Street that will connect important junctions, but also allow people to use the street as a pleasant place to spend time. On Vanemuise Street, the most important junctions will be the areas in front of the theatre buildings.

Ongoing active urban development can largely be achieved thanks to the new economic upturn. Previously, the boom in the 2000s brought about an uncontrolled spill-over and homogeneous residential areas in the suburbs. At present, many are uncovering their nuanced desires and will do anything to make their dreams come true, moving back to the city environment or vice versa, pushing their roots even deeper into the countryside. The spreading urban lifestyle goes hand in hand with exciting searches to find ways of developing rural life.

If the keyword of the previous economic boom was ‘building a home’, then this time the keyword will be ‘creating a more meaningful space between outdoor space and buildings’. Citizens’ desire to express their opinions about improving public space is illustrated by the reconstruction of Pargi Street. The condition of the street had been poor for many years, its hammered stones had become deformed and the pavements were narrow and with a poor asphalt surface and timber lighting posts. The task that needed solving seemed easy at first, but it quickly became evident that reconstruction alone would not take us much further. The people living on the street, the local NGO Karlova Selts and also bicycle enthusiasts strongly intervened in the process, demanding a new solution with new spatial value. Thus, as a result of dialogue and Elmo Jahhu’s detailed project, a street space was created that is pleasant to both look at and use.

Following the process on Pargi Street, it became a tradition in Tartu to involve citizens as early as possible and to create dialogue with people living in the area and also with the general public. Whereas on Pargi Street people showed the initiative to participate themselves, then in Annelinn the city government has been trying to find ways of creating dialogue in order to improve the area. One such attempt was the Annelinn idea contest, followed by dialogue with residents and professionals dealing with various spaces. The biggest and most comprehensive outcome of the competition was the new pedestrian and bicycle friendly solution on Anne Street, which will serve as the backbone of the public space and the artery for further activities.

In the context of the Annelinn discussions, it was necessary to guide people’s mobility – to encourage moving about on foot and discovering urban space more. In order to understand the city better, we have launched cooperation with the Estonian Design Centre to create a comprehensive signpost system for the city. After developing the content, the procurement for which was won by OÜ Disainiosakond, we will organise a competition to come up with a design for the final product.

Tartu’s attempts to achieve more exciting and higher-quality space solutions seem to have launched a lot of architecture and design competitions. In addition to the already implemented Matteuse Square, the bridge and tunnel on Riia Street and the Holm quarter competition, there are also competitions for the Sadama quarter, Marja Street bridge and Uueturu Park. Given that all of these are being arranged to ensure that the results are achieved, I hope there will be plenty of people participating and making proposals.

TÕNIS ARJUS has been Tartu’s city architect since 2012.