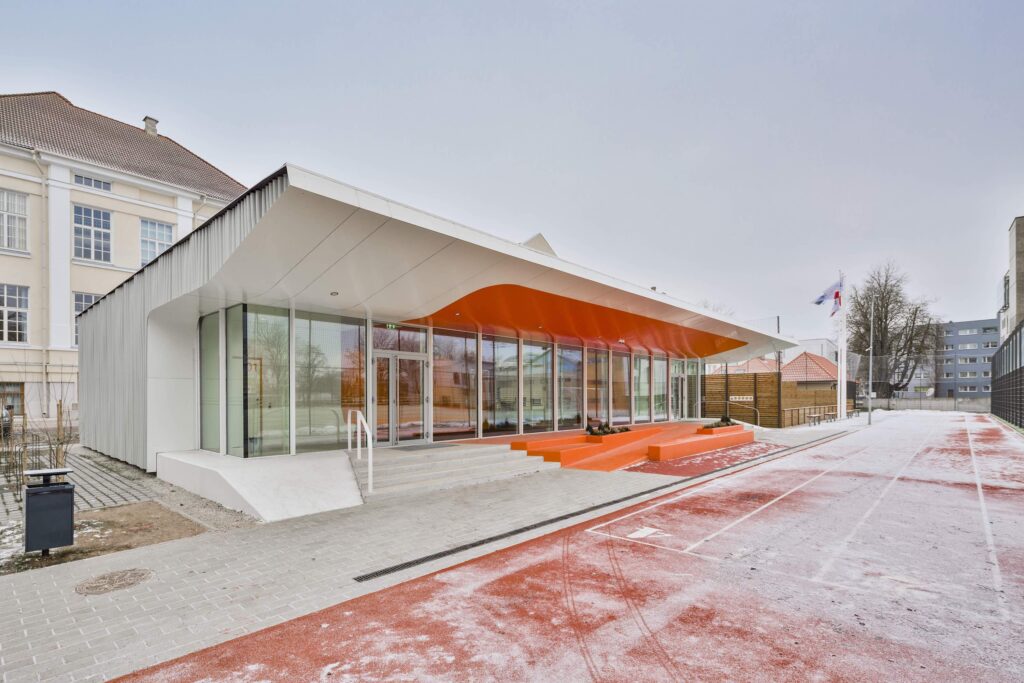 The story of the completion of Reiniku School stadium building financed by EU through Osirys project is almost as complex and thrilling as the mythological tale of the god of resurrection and transformation Osiris.

The building originating from the cooperation of 18 companies from 11 countries is aimed at testing the façade and indoor wall elements created within the project in a Nordic natural environment.

The objective of the project was to take a major step forward in the development of materials of a smaller carbon footprint and the respective construction elements. The primary challenge was how to improve the indoor climate by preventing synthetic volatile materials and ensuring good ventilation. For the given purpose, inter alia, innovative biocomposite materials were developed.

In the course of Osirys project, altogether three types of construction elements were developed – an interior partition, external wall panel and glass façade element. Instead of the traditional aluminium profiles, the walls include an innovative profile made of eco-adhesives, flax and glass fibres. It is a surprisingly stable and strong material which also looks good, although due to its function it mostly remains unseen. In the insulation, we used Portuguese cork and fibre foam biocomposite. The curved façade panels are designed by UNStudio and made of jute and bioepoxy resin. The fire-resistant panels are made of bio-HDPE (high-density polyethylene) and drywall waste. In the interior finishing, photocatalytic paints were used as an alternative for the traditional paints proliferating in volatile organic compounds, thus not extracting pollutants but binding them and cleaning the indoor air instead.

The research was financed by the European Community’s Seventh Framework Programme Grant No 609067.

PHOTOS of the school by Maris Tomba.