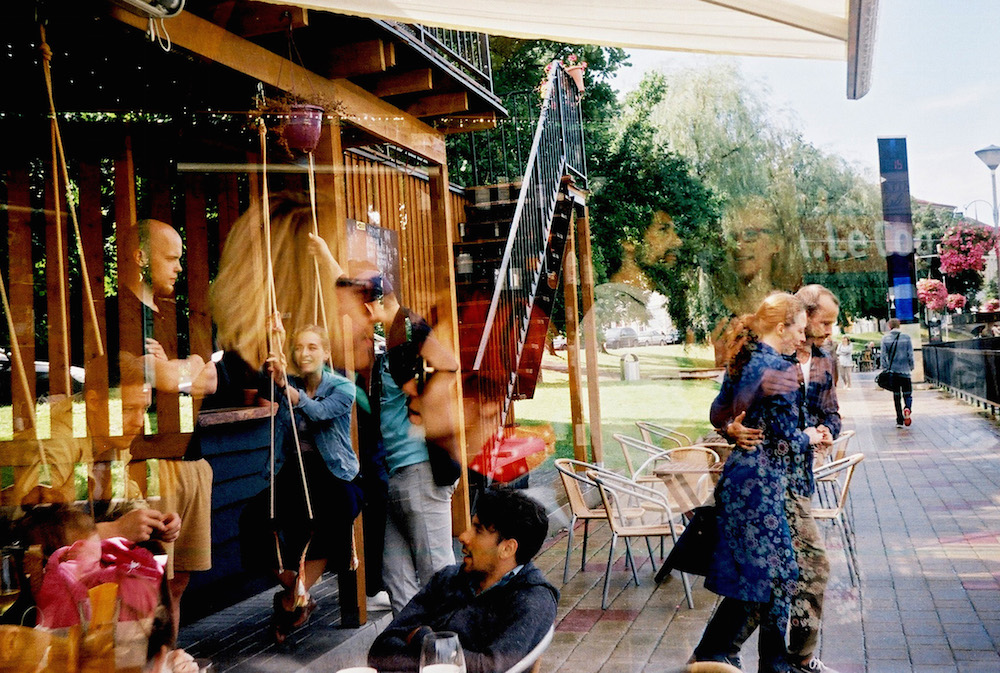 On the one hand, (im)migration is causing unrest in Europe, but on the other hand, the whole of Europe is suffering from a lack of qualified work force and talent. The nature of work and professional skills that are preconditions for an increase in welfare are changing. Europe’s population is ageing. Urbanisation continues apace. In the industrial age, people moved to where the jobs were. Now we are moving from an information society to an attention economy – all information is available around the world, so when you can draw attention to yourself, you gain a competitive edge. The quality of the living environment has become the main key to attracting talent, and the (big) city’s liveability has become a criterion for an increase in a state’s economy and welfare. Cities are the key to success for Europe’s competitive advantage and sustainable development. A valuable urban environment is important for the entire world – by 2050, two-thirds of the world’s population will live in cities. However, next I will focus on aspects specific to Europe.

Tartu – the most European city in Estonia

For years, Tartu has been marketing itself as “the city of good thoughts”. From Tallinn’s point of view, Tartu’s city planning and public space design are becoming more and more like a European “city of good deeds”. For example, the construction of walking space in the city centre, cycling paths along the river, lowered curb stones proposed by citizens as part of participatory budgeting, the new design of Roosi Street and the recently completed shopping centre Kvartal that blends well with the city space. In order to improve mobility within the city and also quality of life, the idea of building a tramway emerged this spring in Tartu. It is certainly an intriguing idea for the pre-election period, but whether and how a tram would be the best solution for Tartu is another story. A commendable initiative is the more comprehensive analysis of public transport and urban mobility that was presented at the visionary conference “Public transportation in Tartu 2030”.

Tartu’s prospects for development were outlined by Indrek Ranniku. The presentation gave hints of a vision of a human-centred, compact, and dense city space. Tartu’s internationality, openness and cleverness make it a very likeable place. Plans to make the city more dense and to increase the number of cyclists seem realistic; the spirit of Tartu and space are in nice harmony, at least in the city centre. A positive and natural step is finally achieving closer cooperation between the university’s human geographers and the IT sector. Developers from Positium and Comodule bicycle circulation outlined their completed and forthcoming endeavours at the conference.

Urban mobility is much more than existing public transport

The scope of the topics discussed at the conference indicated that Tartu can envision improving urban mobility much more than simply dreaming about trams. Recently, transport analyst Hannes Luts called on city leaders in Tallinn to abandon their love of diesel1. In Tartu, a representative of Volvo confirmed that the future belongs to electric cars and introduced the latest electric buses. With car batteries gaining greater capacity and prices dropping, pollution-generating and noisy diesel vehicles are losing the last advantages they have. Electric transport will surely have a positive effect on the living environment – electric buses do not pollute the air or make noise and a bus stop could make a good public space, or even a café. A separate new direction is the EasyMile self-moving “minibuses”, which supplement public transport and/or taxi/travel-sharing services.

Modern (in Estonia: future) public transport will be even more convenient and form a whole network that focuses on users’ (special) needs. Modern passengers don’t want to spend a quarter of their salary on a private car that is parked 94% of the time: instead they get about by bike, bus or tram, take a car from the carpool to go to the countryside or use other travel-sharing services.

Public transport – freedom and the opportunity to move about comfortably

Our own rising star, the urbanist working at Harvard University, Andres Sevtsuk, spoke about the connection between public transport and city development – today public transport is not merely trams or busses, but the freedom of people and the opportunity to move about comfortably. It is important to recognise the impact urban movement has on quality of life. Helsinki’s goal is to free their inhabitants from the need for private cars by 2025. The recent comprehensive plan Helsinki 2050+ envisions a growing, densifying and at the same time human-centred urban space. Public transport is not treated separately: it is rather a means for the city’s development. The goal and value sought are a vital city worth living in that encourages healthy choices. Juha-Pekka Häyrynen from Tampere City Government outlined the development of the second-largest city in Finland at the conference. Urban mobility and public transport along with the city’s trends are also being discussed in Tampere. A new tramway is planned in areas where more density is sought, instead of waiting for the city to expand on its own and then solve the problems by building multi-level junctions that bring traffic jams to the city centre.

Bikes, health and the public economy

The Danes have been setting a good example to the rest of the world for decades with their human-centred livable urban environments. Instead of grand old man Jan Gehl, who has repeatedly spoken of this phenomenon in Tartu and Tallinn, Gehl Architects was this time represented by Andreas Røhl. Røhl, who as a practitioner has basically served as the bicycle mayor of Copenhagen, described the background of the Danes’ choices. The three main universal reasons why to opt for cycling are convenience, the impact on the economy and health. While cities expand, the indicator of quality of life is not a luxury car but the opportunity to move about freely, safely and healthily. He also gave real-life examples that overturned myths that have spread in many parts of the world – that they don’t have a good climate for cycling, that they love their cars, that businesses are dying, etc. Sounds familiar, right! The Danes are considered to be the happiest people in the world2 (and maybe especially) now that two-thirds of all trips in their capital are by bike. We could try this, too.

Lily Song highlighted at the conference that major changes in the development of cities require policy management. As an example Andres Sevtsuk and Lily Song have contributed to such change. Their simple, concrete explanations open up the principles of city functioning and causality even to non-experts.

Professional modern urban management and urban planning mean that urban mobility is developed fully by investing in public transport, along with guiding businesses and residential areas, so that different aspects of urban life support one another. Although it takes time and patience, urban planning has an impact on society, a city’s competitive edge and inhabitants’ well-being in a positive way. Perhaps in 2030 Estonian city-dwellers will not be waiting so impatiently for Fridays in order to get away from the city, but rather enjoy life’s pleasantly ordinary urban paths every day. And not just in Tartu.

YOKO ALENDER has an MA in architecture and urban planning from the Estonian Academy of Arts. She has worked in the fields of architecture, cultural management and politics in the private, non-profit and public sectors at both the city and state level. She focuses on the relationship between architecture and society and public space. She has been a Member of Parliament in Estonia since 2015.