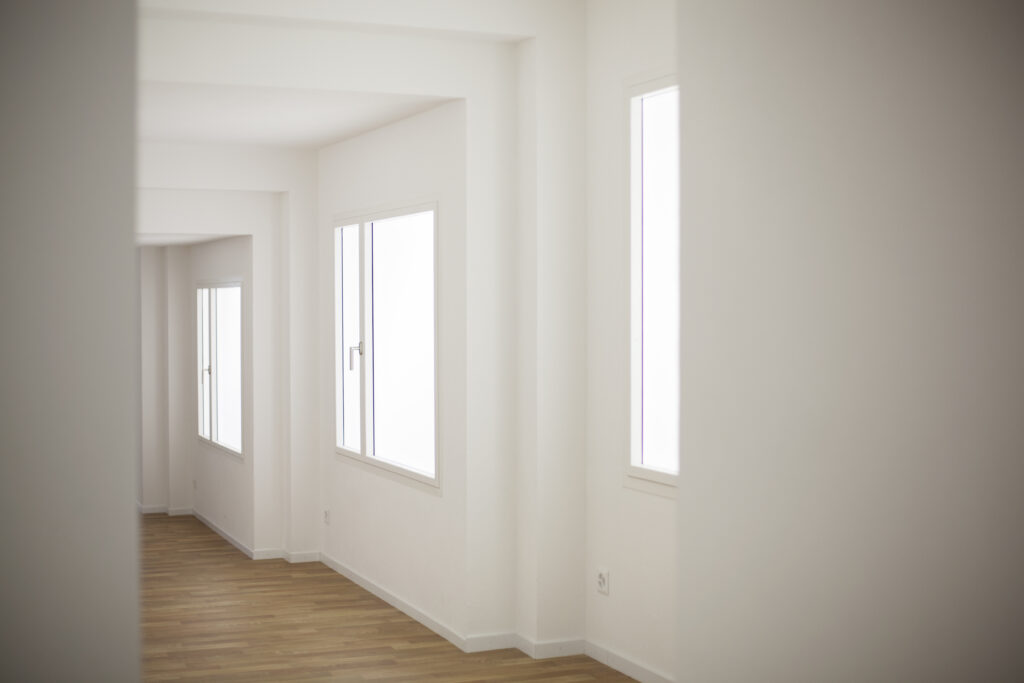 A non-utilitarian relationship with the world

This year’s Venice Architecture Biennale is curated by Yvonne Farrell and Shelley McNamara of Grafton Architects. The biennale’s theme is “Freespace” that the curators explore in a kind and humanistic manner – the aim of the biennale is to discuss gentle architecture that would speak to local as well as visiting users. The curators understand free space as a space celebrating sociability and marked by open rules of the game. The architectural support for its achievement comes from the traditional values of the architect’s work: the harmony between material and form, the expressiveness of form, the meticulous work with cultural heritage, the awareness of the context of one’s creation and its user with the respective skill to combine it into a poetic whole integrating the versatility of culture. The digital and current issues are largely disregarded.

The themes of previous biennales have mostly centred around a particular problem studying how architecture could contribute to solving the problems of contemporary society. We have often come across the rhetorics “architecture is useful because…”. This time there are no such attempts to prove oneself or validate the usefulness of architecture in the neoliberal key. It is a highly peaceful and gentle exhibition. The curators claim to be exploring virtues brought along by good design, however, the given virtues are not explained in so many words, leaving the audience to discover the projects on their own. On the other hand, in addition to the above-mentioned peacefulness, the selection by the curators in their 60s also reflects the restraint of ambition, committed presence and the avoidance of expressing general ideologies and concepts in words.

How to curate an exhibition on architecture?

Who is the exhibition for, who does it speak to? It says almost nothing directly, it requires the will to concentrate and allows the contemplation of the projects. It’s easy to ask why these projects out of all other good projects in the world? The curators fail to accomplish the main task of their role – to provide their research object with a breakdown that would reveal something about its mechanism of action, converge the fragmented knowledge into a system or form the basis for further reasoning. They have also undertaken a complex assignment – to consider the (spatial) added values provided by good architecture. Unfortunately, it must be admitted that we see no verbalised reasoning at the exhibition. This is probably one of the reasons for the question raised by critics if good architects (that Yvonne Farrell and Shelley McNamara undoubtedly are) can also be good curators. The article by Alessandro Bava commenting on the biennale is entitled “This is not an exhibition”1. Indeed, you can always take the exhibition as a catalogue of good taste and concentrate on single exhibits looking for that unique quality of a particular project that remains unshrouded by the absent generalisation.

Patrick Schumacher berates the architecture biennale for having turned into an alternative art biennale. “Pavilions were either given over to one-liner installations, which could be absorbed by stepping in and out for 30 seconds, or to themes that have little to do with architectural design, and were discussed without presenting works of architecture.”2 In Schumacher’s opinion, the empty British pavilion is nothing more than malaise and unfortunate waste of opportunity to present architecture. In terms of space, the Swiss pavilion that was awarded the Golden Lion and the British pavilion that received a special mention are indeed very simple, clear and easy to comprehend, but in my opinion there is excessive flirtation with simplicity and terseness. The British pavilion “Island” is a reference to Brexit, to an empty pavilion, with a square elevated to the level of tree tops clearly distancing itself from the hustle of the biennale. It certainly allows a unique opportunity to experience Venice from a new perspective and remains transfixed as an image but acts much more as a political illustration than the result of mental labour. The Swiss pavilion “House Tour” showcases a sequence of domestic spaces on various scales: 1:5, 1:2, 1:1.6, 1:1.3, 1:1.2, 1:1, 1.1:1, 1.3:1, 1.5:1 and 2:1. As the majority of Swiss population rely on rental housing and need to move often, their primary interaction with residential architecture includes tours led by estate agents through universally bland white rentals. It obviously begs the question if there is something more behind the pavilion than a spatial experience providing excellent Instagram features and crying for attention, if it is more than a mere aestheticized version of the upside down house?

Indeed, both awarded pavilions could have been exhibited also at the art biennale, but we shouldn’t confuse a laconic one-track artefact with one providing a comprehensive effect. I can’t help thinking that the four-hour performance “Faust” by the German artist Anne Imhof that won the top prize of last year’s art biennale brought out the relationship between man and space in a somewhat subtler manner.

The Japanese pavilion showcases an interesting graphic exposition – there is a collection of 42 visual works around the world with no sign of a traditional contemporary architectural drawing. The exhibition criticises the modernist enclosure of various fields and attempts to use drawings, schemes and works of art to explore the issues related with spatial design that are not reflected in a regular architectural drawing. Having recently navigated in Japan according to a comic-like scheme lacking proportions and featuring only the right paths that by some miracle still led to the destination, the study of non-Cartesian depictions of space turned out to be quite refreshing.

The national pavilions always raise the question of the role of political agenda and what should be particularly national about architecture in the 21st century. According to Finland, easily accessible libraries established with public funding are genuine free spaces and the exposition provides an overview of the Finnish library projects. Russia’s interpretation of a free space includes an expansive railway network, train stations and the modelling of the movement of passenger bulks. The multifaceted exhibition of Holland exploring the changes in the nature of work and the various forms of future work also challenges the Dutch colonial past and slavery. The Israeli exposition observes five different holy places in Israel-Palestine, including the Church of the Holy Sepulchre and the Western Wall, that are used by various religions according to the code of status quo initiated in the 19th century. We see the architectural means used to conduct the sharing (as well as the segregation) and the ways in which the co-existence has shaped the space.

The themes closer to Estonian spatial issues include Ireland that explored the marketplaces of small towns and their fate as town centres that can be related with the central squares established in Estonia within the Great Public Spaces project. In connection with the European Year of Cultural Heritage, Italy is concerned with the possibilities to improve the spaces in areas that are marked by rapidly decreasing and ageing population but also by long cultural history. Altogether 60% of the Italian territory inhabited by 25% of its population is marked by a land management system combining agrarian and small-town features, vague relations between public and private space and a lack of basic public services within the area. It is a set of questions that is currently characteristic of many European countries. Also the expositions of our neighbour Latvia and Romania deal with prefab housing estates and the decrease of population.

It probably follows from the theme set by the curators that many countries focus on public spaces. Altogether 92% of plots in Luxembourg is in private ownership and thus their exposition is concerned with the possibility of establishing shared spaces promoting social relations in the context of free market logic. The topics of reconsidered communality and sociality as well as the transformation of customs are discussed by various countries whose spatial structure is undergoing considerable changes brought about by urbanisation, including China, United Arab Emirates and Saudi Arabia.

Relating man to the world in dignity

The curator exhibition projects highlight the interest in old architecture. The possibilities behind old houses and building complexes are revealed with (often long-term) reconstruction projects as if unfolding them gradually over time. Many of the projects feature meticulous and patient care for the space, it is not about sketching a completely new world from scratch but instead a highly attentive relationship with reality. Just like a well-mannered person, also good architecture marked by modesty and conciseness recedes from the limelight – letting itself be almost forgotten but relating man to the world in a more dignified manner.

The Golden Lion for the best project was awarded to a work of that kind – to Portuguese architect Eduardo Souto de Moura who reconstructed a former nunnery into a hotel with barely noticeable changes in the two aerial photos before and after the work, “If we go too far we will spoil it, if we don’t do enough it won’t work /…/The only way to preserve heritage is to live with it and use it – only everyday living transforms it into something and gives it heritage status.”3 Also the Silver Lion for the most promising young participant was awarded to a similar project. Belgian architects Jan de Vylder, Inge Vinck and Jo Taillieu worked on an old psychiatric clinic in Melle, Belgium. The half-demolished, though not very good-looking historicist building nevertheless had some potential for creating a pleasant space with cosy articulation. After the renovation, there were no longer defined interior spaces. The body of the building sections off the exterior space creating places for meetings, therapy sessions and workshops: the walls have been preserved, with lighting, plants and greenhouses added for meetings in bad weather.

The given two projects, the latter in particular, proved once again that it is possible to respond to the curators’ vision of a friendly, unprogrammed, free and austere space receding in dignity, and it is also possible for the architects to execute it in the contemporary reality. Looking for values in historic cultural heritage and casting aside all excess baggage with no remorse still conveys in general terms the message of the projects selected by the curators – it is an experience of quality that is difficult to articulate and generalise, with the curators, unfortunately, providing meagre commentaries.

Kaja Pae is an architect and physicist, editor-in-chief of Maja since 2017.

Awards of the Venice Architecture Biennale 2018

There were 63 national pavilions with six countries participating for the first time. The curator exhibition “Freespace” included a hundred projects or other works.