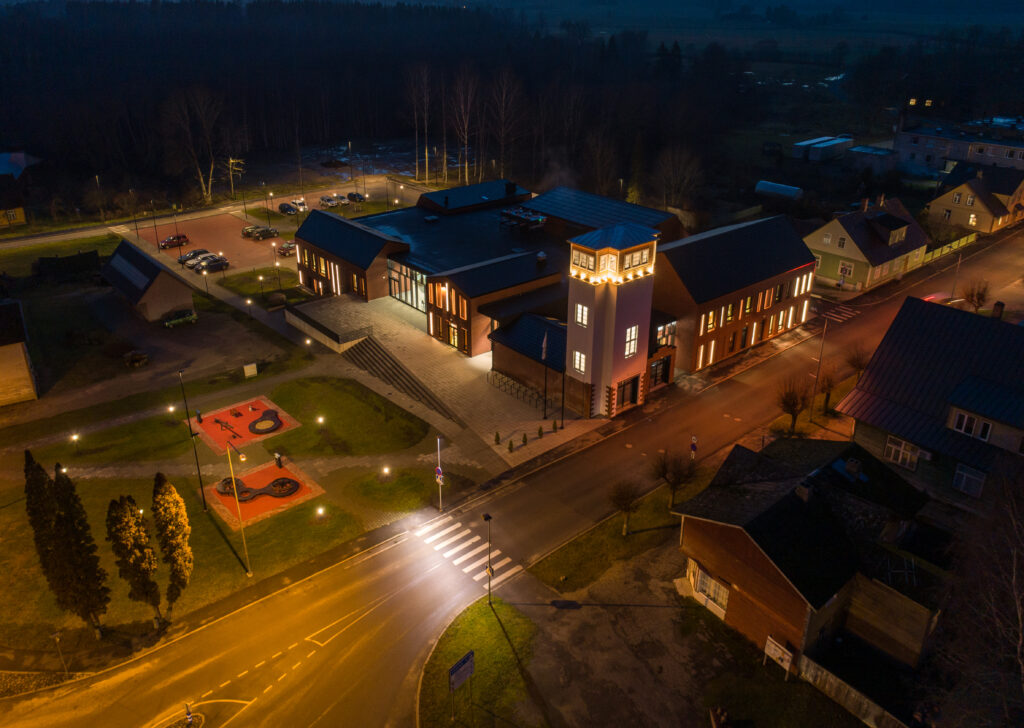 Toomas Tammis: Suure-Jaani Gained a Chunk of a Town (centre)

Careful homework on selecting the location for Suure-Jaani health centre, the wise decisions made by the local government as well as drawing together a number of public functions have provided the means for the emergence of very good architecture and the future town centre of Suure-Jaani.

Suure-Jaani and its new health centre are great places. Estonian small towns and boroughs have long been under the pressure of declining population and spatial shrinkage. This has largely been the result of the general trends in the society while, on the other hand, the situation has also begun to generate a new reality by itself. The employers claim that they cannot develop their business in small areas due to lack of labour force. People, in turn, wish to leave small places as there are no jobs. However, in the light of the general depopulation pattern, the number of jobs available is only one of the issues, while an important role is also played by the surroundings (both built and natural environment) and the availability of educational, healthcare and recreational services. All the above are vital for leading a good and comfortable life and there is no single template for the order and volume in which it should be developed. The local government of Suure-Jaani has made a clear and bold decision to invest in the development of decent living standards and to provide the means for a better life with a new, modern and ambitious environment – all of which the health centre undoubtedly is.

A separate issue here is the programmatic layout of the new central buildings developed by the local governments of small towns. On the one hand, it seems reasonable to solve as many local problems as possible with one building where they could gather all the public functions in desperate need for new facilities. On the other hand, it also means that many buildings and spaces would thus be left redundant and the already limited number of potential tenants in the rental market will decrease further. Placing several important public services in one building and location could also have a paralysing effect on the rest of the urban structure, only intensifying its shrinkage. In addition to the swimming pool and saunas, Suure-Jaani health centre also includes a café, family health centre, dental surgery, drugstore, hair salon, ambulance and police station. Although it seemingly brings together a large number of institutions, each of them is just small enough to make placing them in different buildings around the town rather troublesome. Here they seem to have found a good balance between the number of services, the size of the building and the ways in which the small town functions.

In terms of architecture, the new health centre is a beautiful building. It kind of suggests that the project has not been pressed through the radical cheapening mincer (or more likely, came out of it more or less unscathed) that tends to be rather common in the design and construction process. The reason for that often lies in the client’s somewhat dim conviction that this time it must be possible to build it cheaper and faster than ever before, while sometimes it could just come down to the architect’s excessive bravado. Suure-Jaani health centre with its clear architectural ideas enthrals in terms of its urban design, logistics, functionality and materiality. It is indeed difficult to detach anything from a well-conceived assemblage.

TOOMAS TAMMIS is an architect and a professor of architecture at the Estonian Academy of Arts.