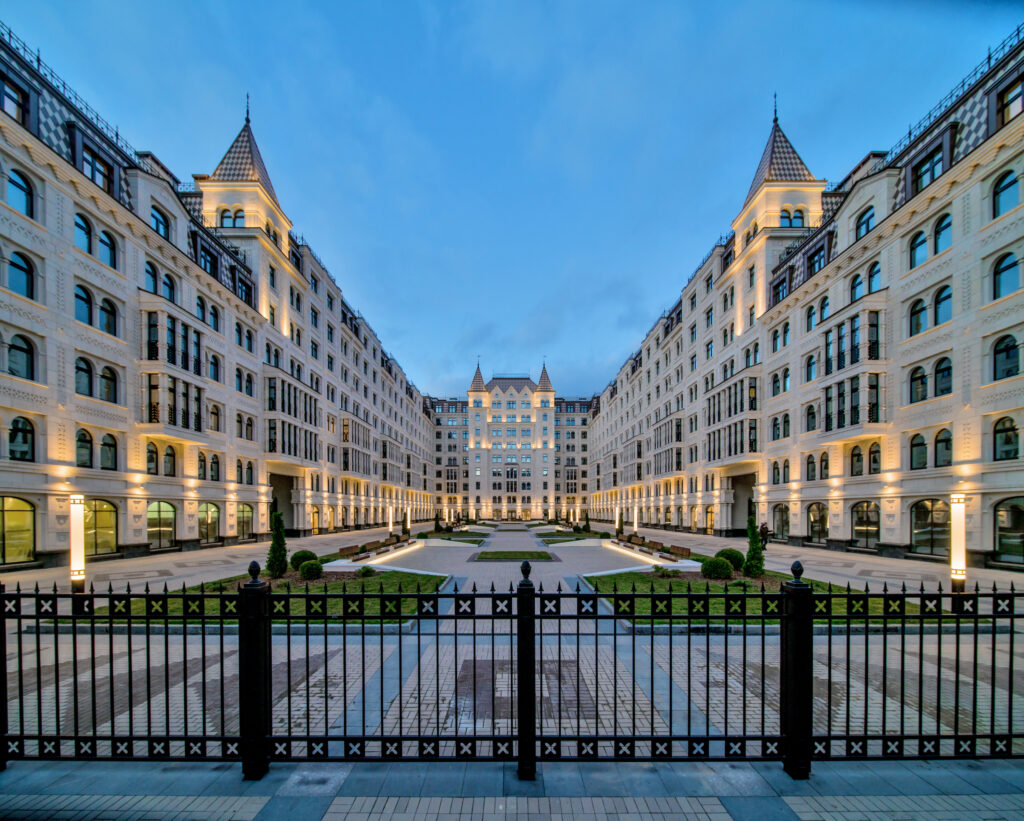 Vladimir Frolov: a Dream of a City

The city of St Petersburg, the largest metropolis in Northern Europe, is growing rapidly. But the architectural quality of the latest developments is rarely comparable with historical heritage. Can the cultural capital of Russia ever prove its nickname in the field of the art of construction?

Recent years in St Petersburg have been marked by constant complaints about the poor economic situation but also the ceaseless process of housing construction. The city is growing and needs more homes for people who prefer the cultural capital of Russia to the actual political and financial capital. Now the population of the city exceeds 5,360,000 inhabitants. For some people, the reasons for choosing Venice of the North include the beauty of the historical centre and the significant art/cultural scene, which is not as rich with all kinds of events and institutions as Moscow but contains a lot of non-commercial and truly original phenomena, such as AKHE theatre or PARAZIT art group, Pushkinskaya 10 Art Centre etc. The other motivation lies in economy. The real estate is significantly cheaper here than in Moscow. Preferring St Petersburg also means that the possibility of purchasing an apartment in Venice of the North is about two times less expensive than the one within the rings around the Kremlin towers1. People also move here because they seek a less active life than in the capital. In St Petersburg everything is slower than in Moscow, with both its good and bad sides, but besides rational reasons, there is something else which can be defined as a different raison d’etre of these two places. St Petersburg is a place where it is good to think, dream and create. But what architectural environment is being created for those who come here now?

The life story of St Petersburg is still short but bright, and it came to be especially dramatic in the 20th century. The natural growth of the city was stopped by the Bolshevik Revolution in 1917, and during the Soviet era the dichotomy between the old centre and the new districts appeared. Construction in 1920s was not very intensive due to the movement of the capital to Moscow, but already in Stalinist Leningrad, an ambitious idea of establishing a new centre for the city was introduced. This led to extensive construction in Moskovsky district in 1930-50s. After Khruschev reform in 1960s, the city started to grow in the northern and southern directions, which led to the return of the central role of the old town. This also created Leningrad per se: the new city around the historical core which turned into an inhabited museum. Leningrad is the largest part of the city: most of inhabitants live in post-war developments and the 1960s marked the peak years of the building process.

Generally, in Leningrad (differently from Moscow) the co-existence and confrontation of Soviet and Russian cultures were visually and spatially distinct: the alternative, non-conformist, underground culture tended to live within the old walls of St Petersburg, in kommunalka kitchens, paradnayas (staircases) etc and the intelligents who physically inhabited socialist mikrorayons, ‘khrushevkas’ and other standard series were in most cases dreaming of moving to the centre, where the true and uncorrupted culture could be found. You could go to the streets of Petrogradka or Vasilyevsky island, walk along Fontanka and Moyka rivers, and find yourself in a different time and space. You see the works of pre-revolutionary architects from all over Europe: Italy, France, Germany… “All flags were guests to us”2 in this former capital of Russian Westernization. To come back there, that was the Dream.

One of the best books describing the unique character of the Northern capital is Grigoriy Kaganov’s ‘St Petersburg. Images of Space’ (first published in 1995)3. The book is written by a scholar who had grown up in Soviet Leningrad and his book marked the period when the city was getting back its original name and it was again possible to speak freely about the old times. The book which is studying the ways of depiction of the city made by architects and artists (mainly by the latter) ends in 1990s, and it is worth noting that it does not contain any images of Socialist districts, although the total area of these territories was already bigger than old St Petersburg.

The last architect and artist featured by Kaganov is Mikhail Filippov. He is mentioned as an architect from Moscow drawing St Petersburg, but in fact he studied in Repin Academic Institute of Fine Arts in Leningrad, where the classical drawing tradition was (and is) still alive. Filippov’s watercolours usually depict the St Petersburg motifs in the technique which resembles the works of Alexander Benois or other representatives of Mir Iskusstva movement of 1920s. Kaganov emphasizes the fact that it is usually a motif but not a concrete view of a place or building. The critic talks about the “glowing vision of classical Petersburg”, “quiet shining of the eternal soul of St Petersburg”4 in the works by Filippov. But we can also find here a dream of St Petersburg that did not but could happen, Petersburg which could have grown continuously without the break of the Soviet era. The architect was speculating in 1990s: since the Soviet system is gone, what if we could come back to the development which was halted 100 years ago?

In this context, it is important to mention another work by Mikhail Filippov which was made even earlier in 1984, and which refers not only to St Petersburg but to any historical Russian city. In his entry ‘Style of 2001’ for the international conceptual architecture contest organized by the Japan Architect and A+U journals, he depicted the process of transformation of the failed utopia of a modernist city and rebirth of the old town with its churches, low-rise housing and green yards. This work reflects a certain postmodernist understanding of the future, seen as a poetic reconstruction of the past, which was especially strong in Soviet Russia of 1980-90s. This was a dream of post-communist and pre-neocapitalist St Petersburg.